The stock was the past 3 years with a huge loss of 14 percent one of the worst stocks of America. The past 3 years the average America stock gained around 15 percent. Other underperforming stocks from the sector are Internap Network Services Corp, Moduslink Global Solutions Inc and Hewlett Packard . Also over the past year the company's stock price gained (+4 percent). 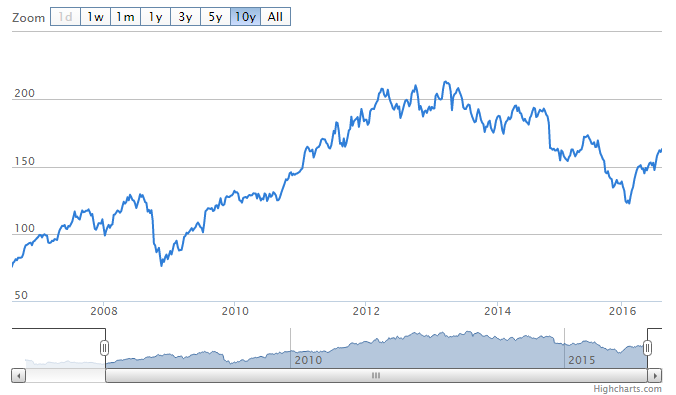 The matrix above shows IBM 's historical returns expressed in the different entry years in the left axis.

The average of the dividends estimates is at 5,24 dollars. The dividend yield consequently equals 3,23 percent. The average dividend of the hardware sector equals 1,50 percent. 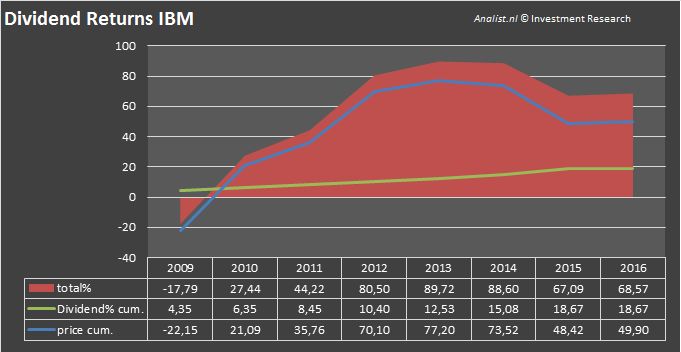 Dividends quite significant support for investors

The past year's dividend payments resulted in an even higher total return for the investors. The buy & hold investor who bought the stock in 2008 now has a gain of 50 percent.

Last year's dividends were with 2,16 percent per year tiny. The investor who re-invested his dividends since 2008 now has a rather limited extra dividend return of 19 percent. The influence of the reinvested dividends on the total return is for the buy & hold investor rather insignificant. 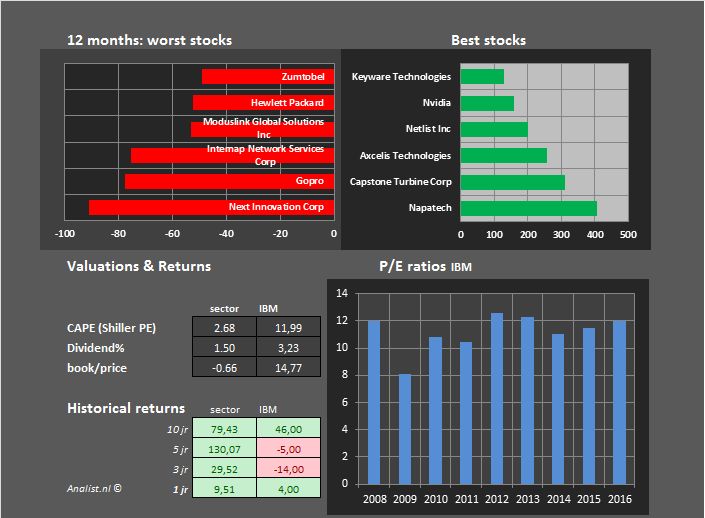 IBM 's book to market equals around 14,77 dollars. The hardware sector now trades with an average Shiller PE of 2.68. Based on the number of outstanding shares IBM 's market capitalization is around 156,49 billion dollars.

Tomorrow the the American company IBM will report her results over the past quarter. For this year most of the analyst expect a total sales of 79,53 billion dollars. This is slightly lower than the 2015's revenue of 81,74 billion dollars. 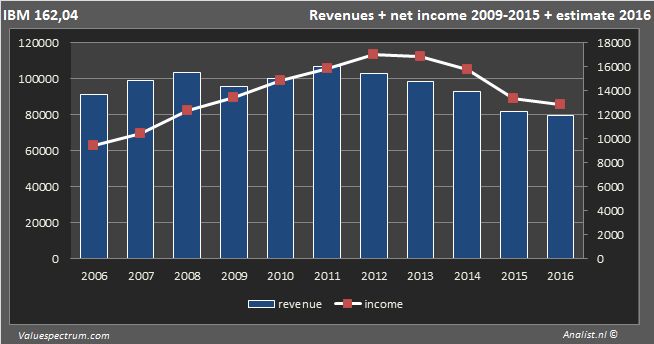 The stock IBM is being covered by 16 fundamental analysts. The average target price for the stock is at 139,5 dollars. This is around 14 percent less than the current stock price of 162,04 dollars.