Because her big gain of 51 percent since early this year, the share is one of the better shares the sector. The average stock of the banking sector yielded the this year a profit of 10,5 percent. Other above average performing shares in the sector are Recyclex S.A,, Viohalco and Viohalco. Among the sector underperformers are Banco Popular , Banca Carige and Dexia .

Investors who invested in 2007 in the company's share now have a a massive loss of 77 percent. Since 2012 the stock has a price gain of 66 percent. Also over the past 3 years the share has gained. 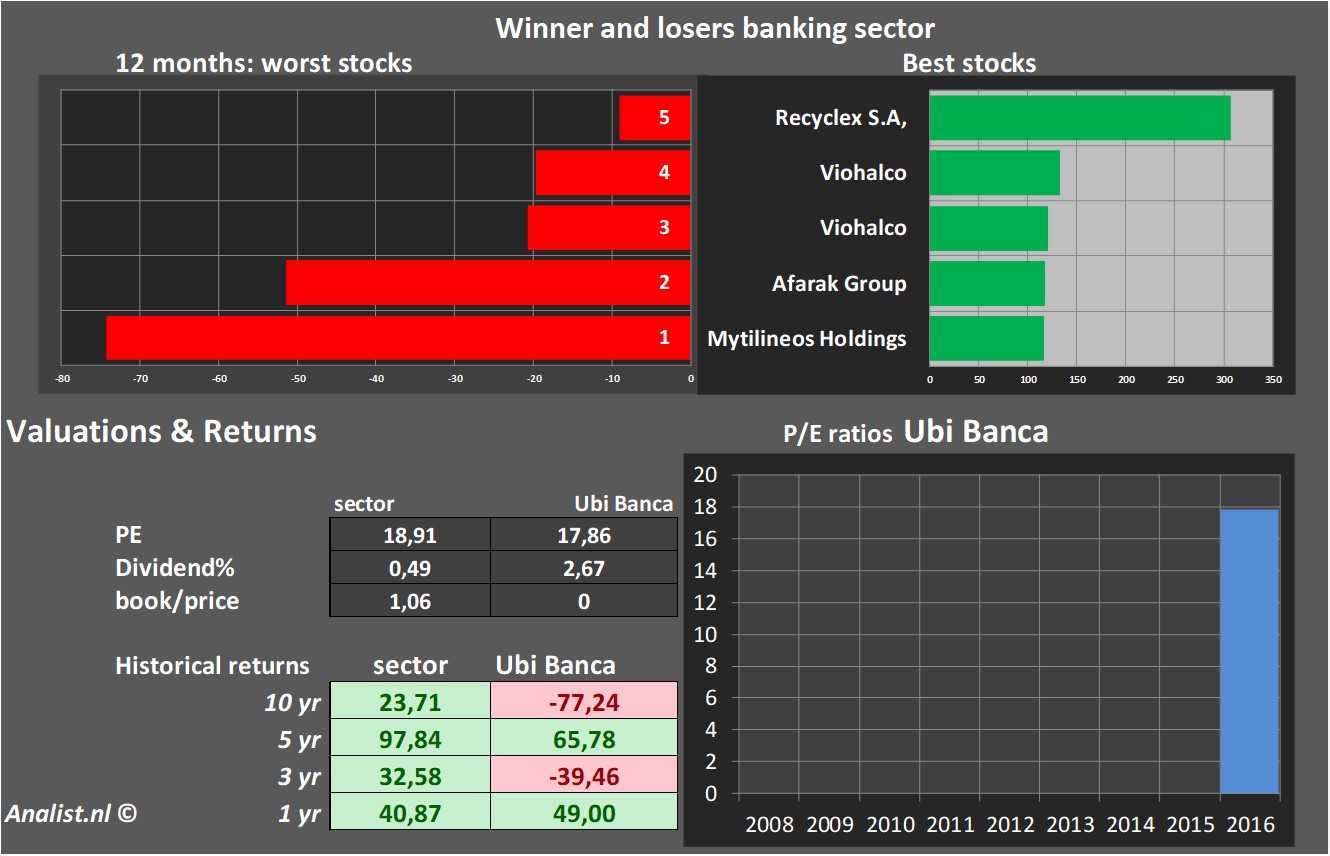 For this year Ubi Banca 's revenue will be around 3,35 billion Euro. This is according to the average of the analysts' estimates. This is slightly more than 2016's revenue of 3,31 billion Euro. 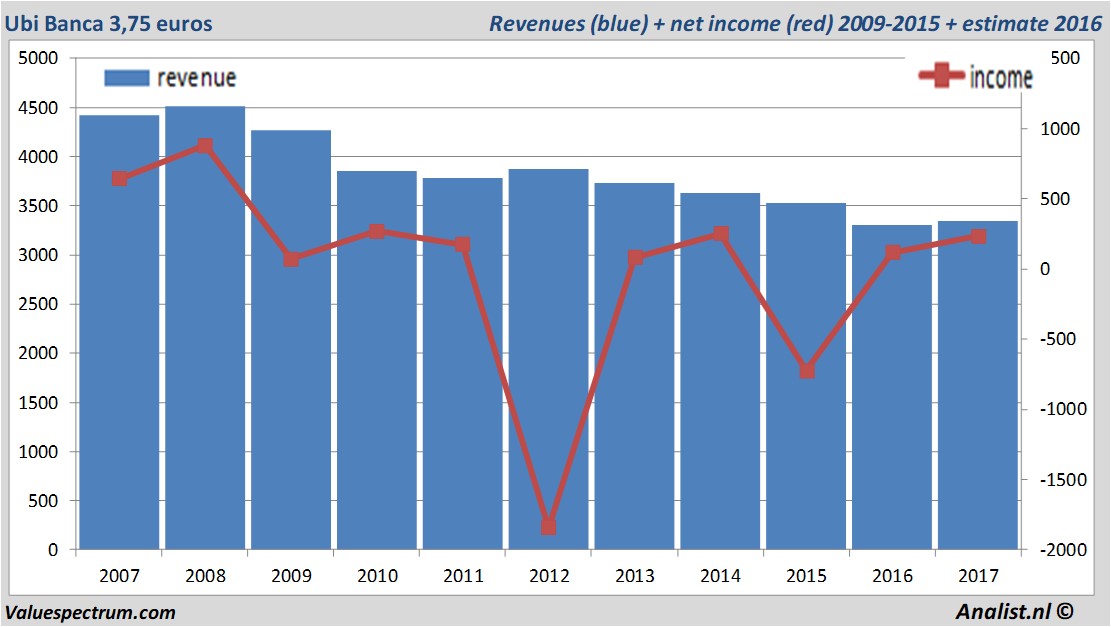 The analysts expect for 2017 a net profit of 232 million Euro. For this year the consensus of Ubi Banca 's result per share is a profit of 21 cent. The price-earnings-ratio equals 17,86.

Ubi Banca 's market capitalization is based on the number of outstanding shares around 3,54 billion Euro. 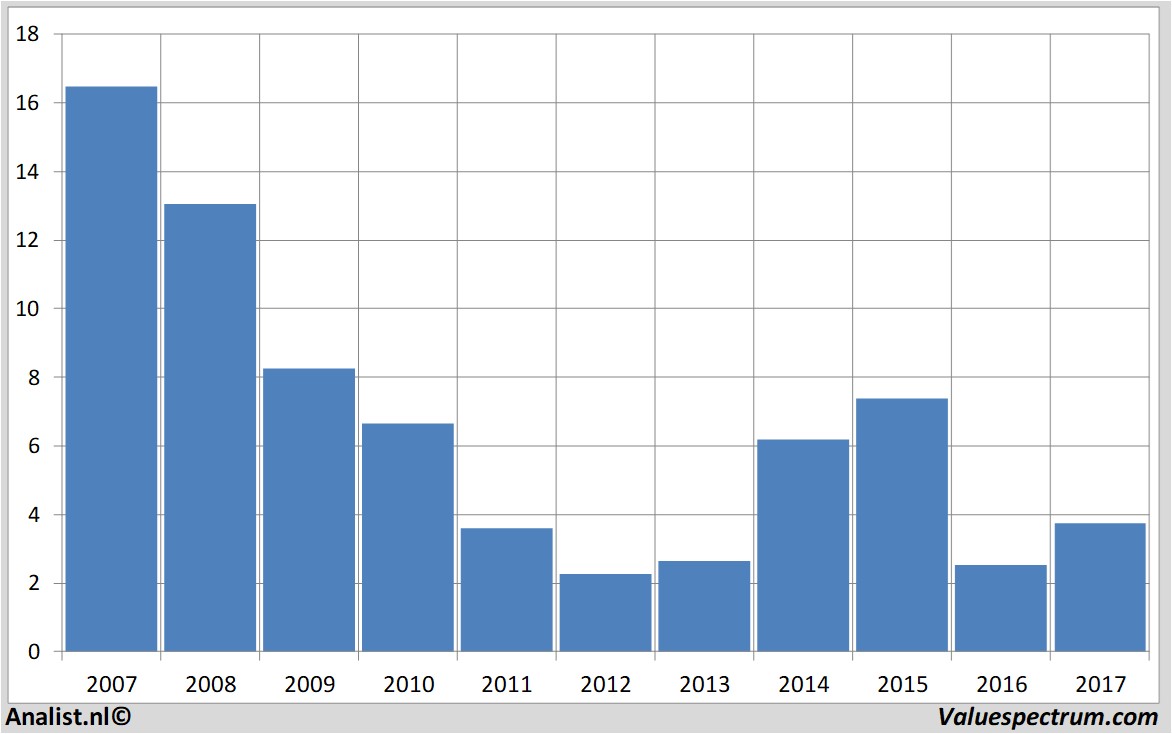