For this year the expected dividend per share is at 3,45 dollars. The dividend yield equals 2,98 percent. On average the stocks in the the restaurants & bars sector have a dividend return of around 0,17 percent.

The matrix above shows McDonald's's historical returns expressed in the different entry years in the left axis.

The graph above shows the developments of McDonald's's stock price (blue) and revenue (red) for the period 2008 till 2015 (the analyst's expectations. It seems that the restaurants & bars company's revenue hardly is connected with the stock price: the correlation equals 0,08.

Over the past bookyear the consensus of the result per share equals 4,87 dollars. Based on this estimate the price/earnings ratio is at 23,81. 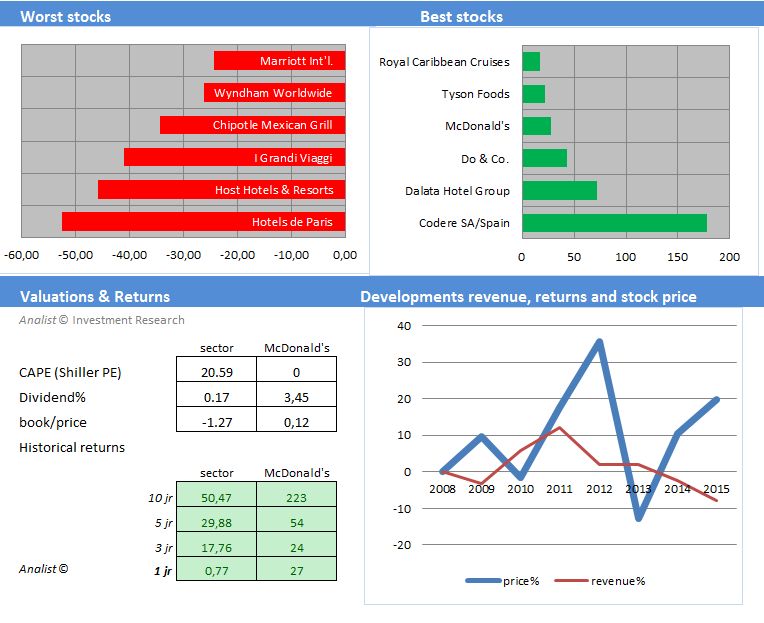 The stock McDonald's is covered by 11 analysts. The average target price for McDonald's is at 111,12 dollars. This is 4 percent lower than the current stock price of 115,95 dollars. The stocks Wyndham Worldwide, Accor and McDonald's have the highest consensus by analysts.