Micron Technology , Inc.(NASDAQ:MU) went through the roof in 2017 amid skyrocketing NAND and DRAM prices. Micron Technology ’s revenue in the fourth quarter increased by over 90%. Analysts think that Micron Technology stock will keep gaining value despite some predictions suggesting an incoming slump in memory prices. JPMorgan recently brushed aside the fears that there will be an oversupply of memory chips in China.

Based on the analysts' consensus: both the revenue and the net result would be on record levels. For this year Micron Technology 's revenue will be around 25,04 billion USD. This is according to the average of the analysts' estimates. The expected revenue would be a record for the company. This is rather significant more than 2016's revenue of 20,32 billion USD. 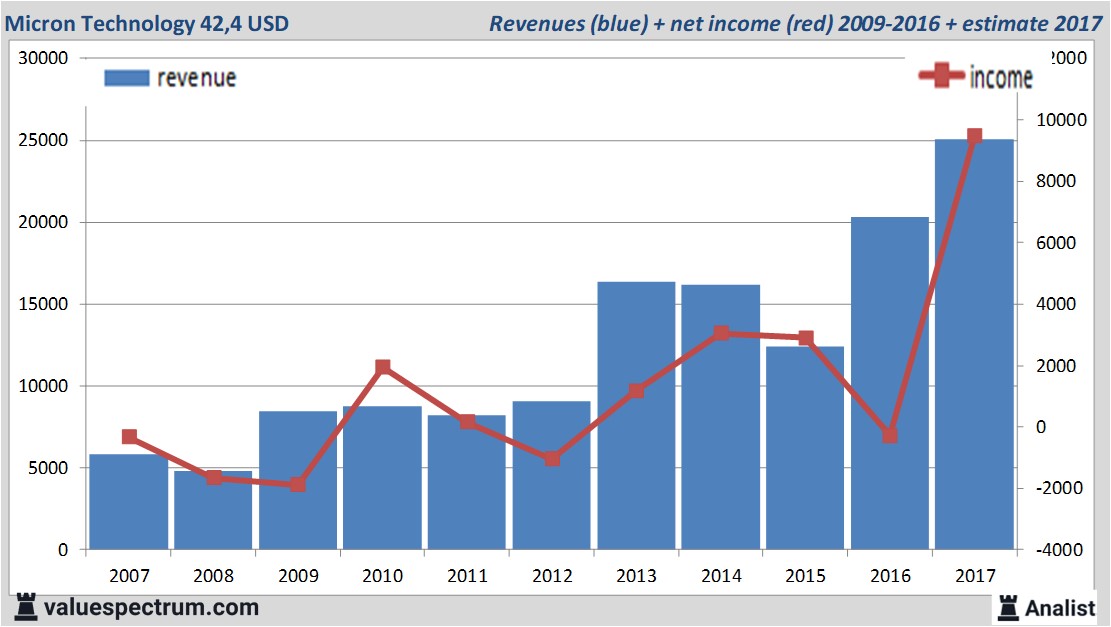 The analysts anticipate for 2017 a record net profit a 9,45 billion USD. For this year the majority of the analysts, consulted by press agency Thomson Reuters, expects a profit per share of 7,87 USD. The price/earnings-ratio is then 5,24.

For this year the analysts expect a dividend of 0,13 cent per share. The dividend yield is then 0,32 percent. The average dividend yield of the semiconductor companies is a moderate 0,24 percent.

The most recent recommendations for the semiconductor company are from UBS , Barclays and Credit Suisse . Micron Technology 's market value equals around 42,86 billion . At 15.35 the stock trades 1,07 percent lower at 41,21 USD. 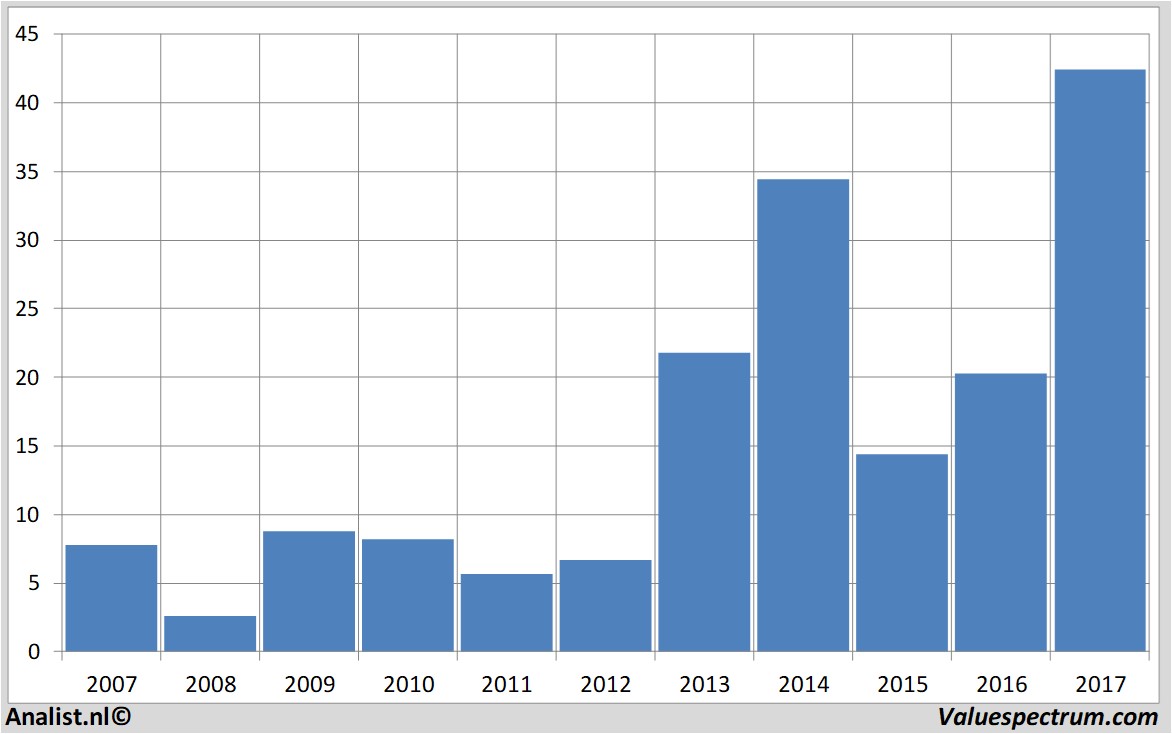