Twitter Inc (NYSE:TWTR) shares are taking it on the chin after the social media company posted upbeat second quarter results. The market ignored Twitter’s beating of revenue estimates and focused on flat monthly active user growth. Twitter reported monthly active users of just 328 million, same as reported in the first quarter. However, there was an increase in daily active users and engagement. Twitter Inc (NYSE:TWTR)’s user growth looks paltry when compared with that of Facebook and Instagram.

Twitter also said that it expects margins to decline in the third quarter. Analysts think that the only thing which would boost the stock is a possible takeover by a major industry player.

Over the current book year the total revenue will be 2,37 billion Dollar (consensus estimates). This is slightly lower than 2016's revenue of 2,53 billion Dollar. 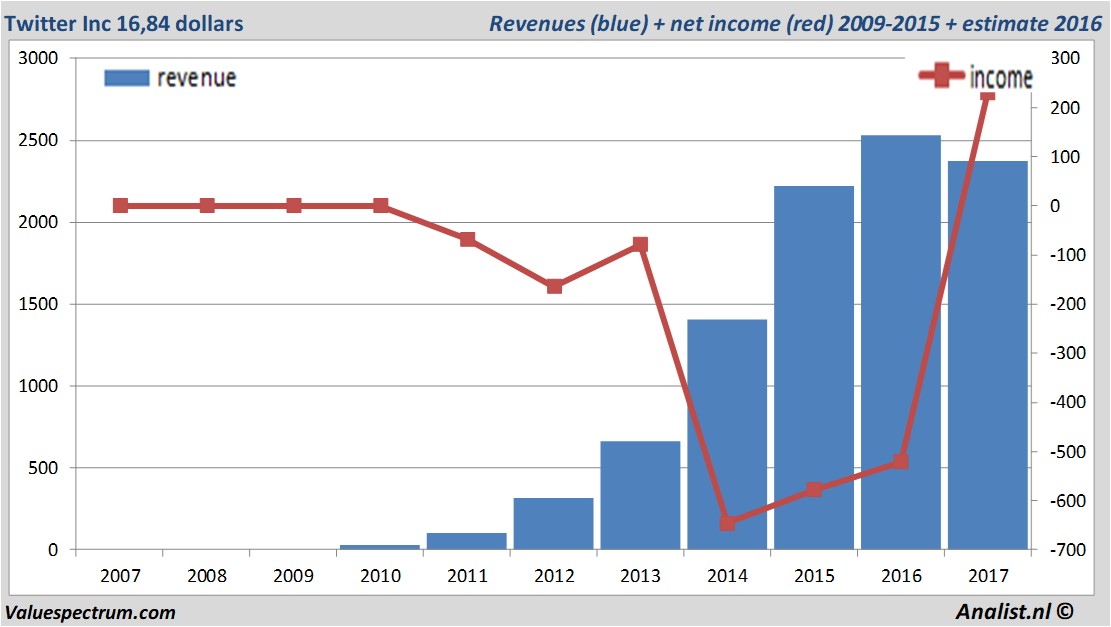 The analysts expect for 2017 a net profit of 230 million Dollar. According to most of the analysts the company will have a profit per share for this book year of 34 cent. Based on this the price/earnings-ratio is 49,53.

For this year analysts don't expect the company to pay a dividend.The average dividend yield of the entertainment companies equals a poor 0,63 percent. 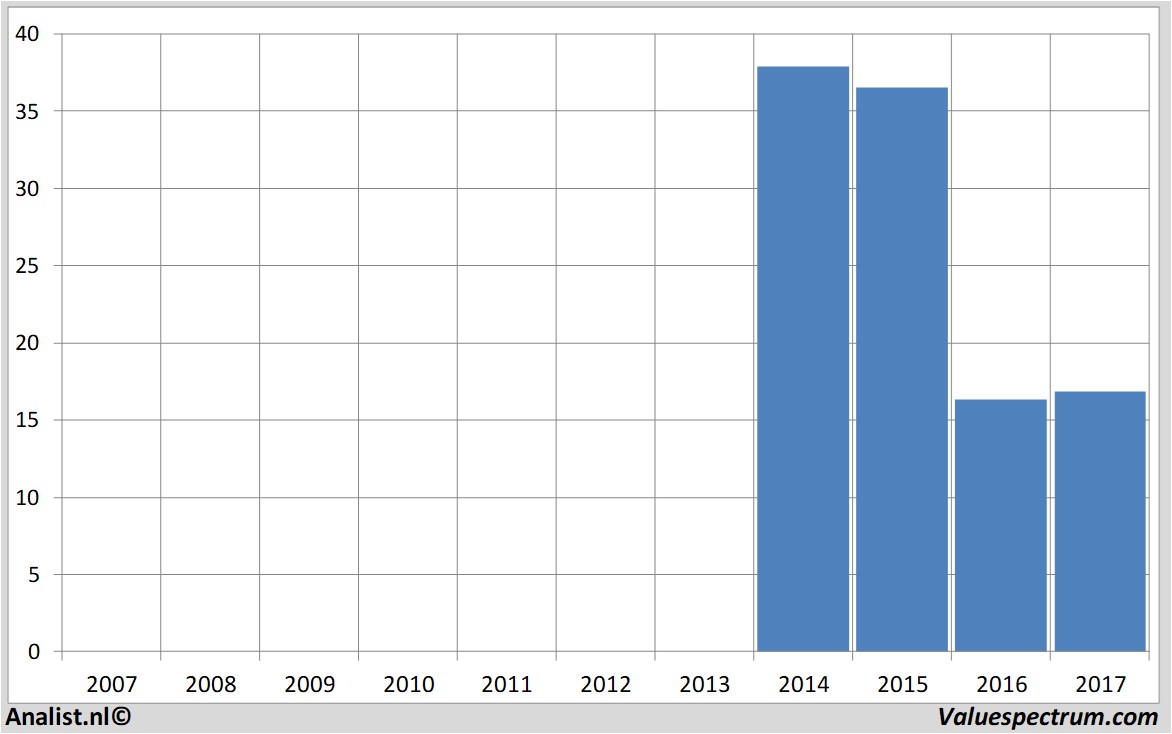 Thursday the stock closed at 16,84 Dollar.