Share Henkel trading with a premium in German chemical sector 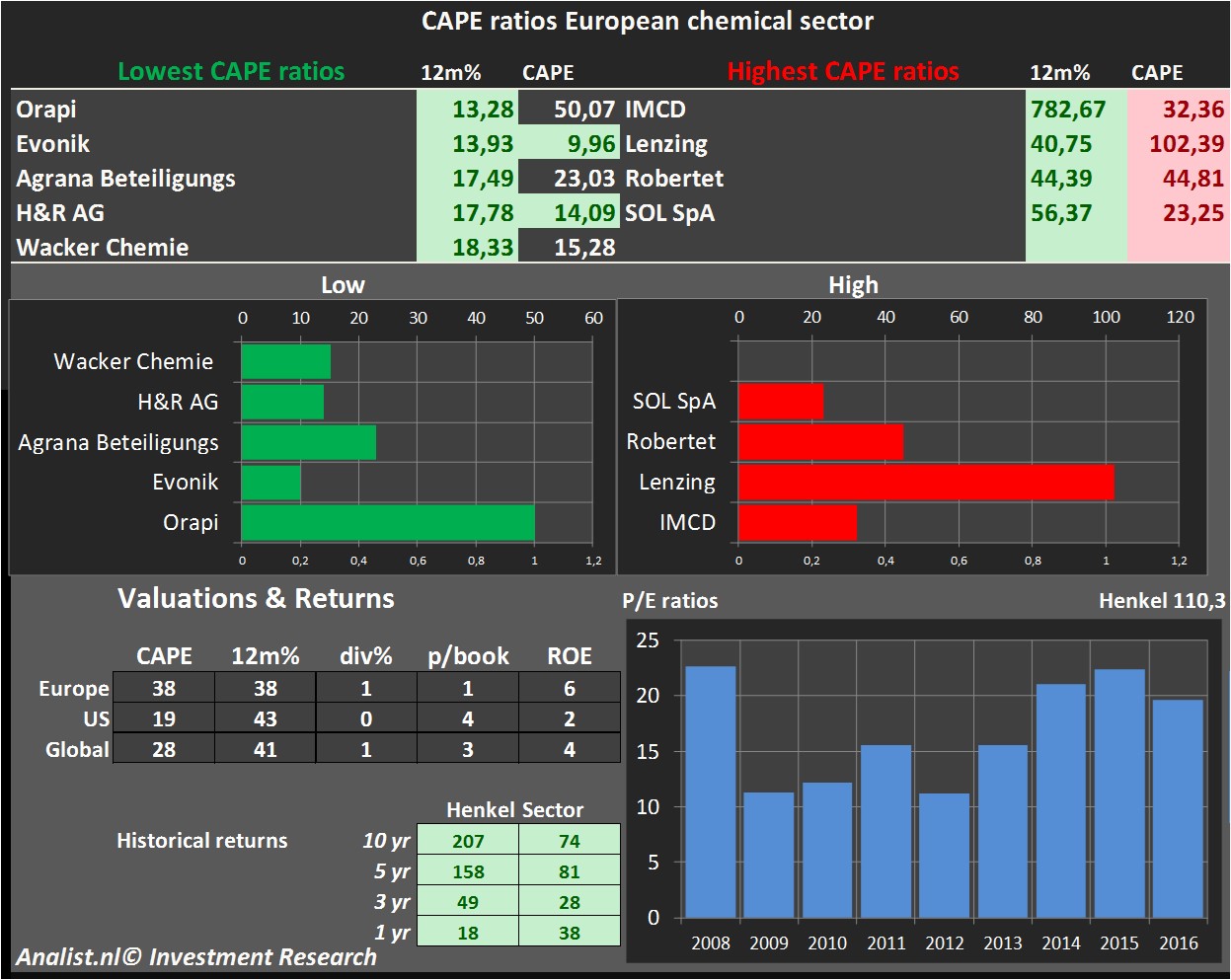 We further see that over the past year the European chemical companies yielded 38 percent higher staan. They performed worse than the Americans sector that yielded 43 percent.The American sector trades with CAPE-ratio of 19. The CAPE-ratio's level doesn't seemt to have a relation with the price returns as the higher returns don't all have higher CAPE-ratios.

Based on the analysts' estimates both the revenue and the net result would be the highest in years. For this year Henkel 's revenue will be around 20,24 billion euros. This is according to the average of the analysts' estimates. The expected revenue would be the highest in her history. This is slightly more than 2016's revenue of 18,71 billion euros. 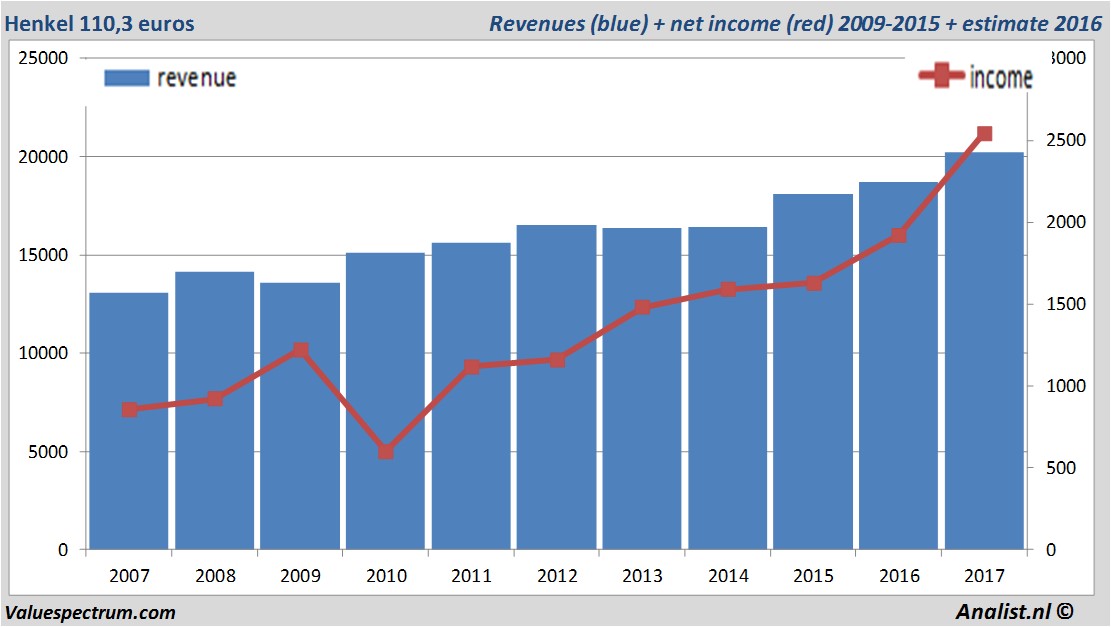 The analysts anticipate for 2017 a recordnet profit a 2,54 billion euros. For this year most of the analysts expect a profit per share of 5,63 euros. With this the price/earnings-ratio is 19,59.

Per share the analysts expect a dividend of 1,9 euros per share. Thus the dividend yield equals 1,72 percent. The average dividend yield of the chemical companies equals a low 0,63 percent. 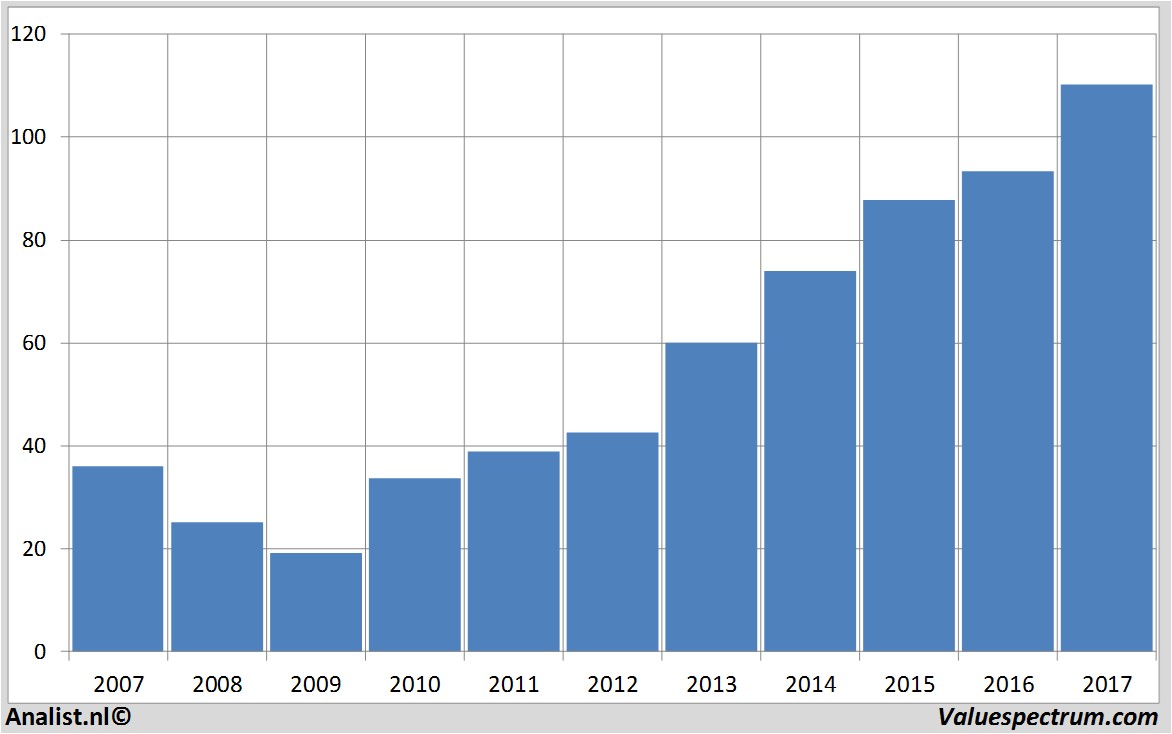