The stock was the past 10 year with a huge profit of 439 percent one of the beste stocks of the Netherlands. The average Dutch stock gained the past 10 year around 37 percent. Other stocks that outperformed the sector are Acomo , Helen of Troy Limited and Winmark Corp. Over the past year the stock priced gained (1 percent). 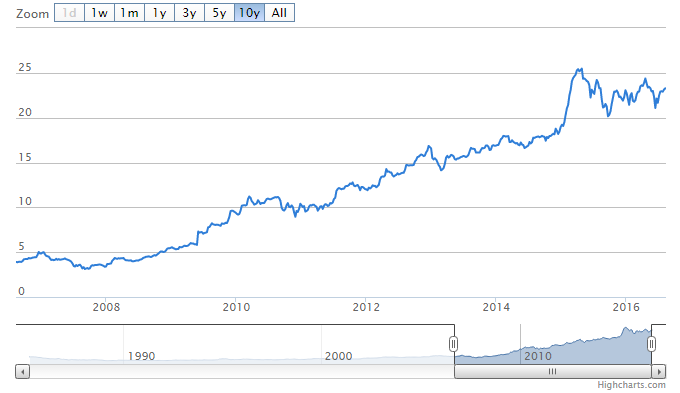 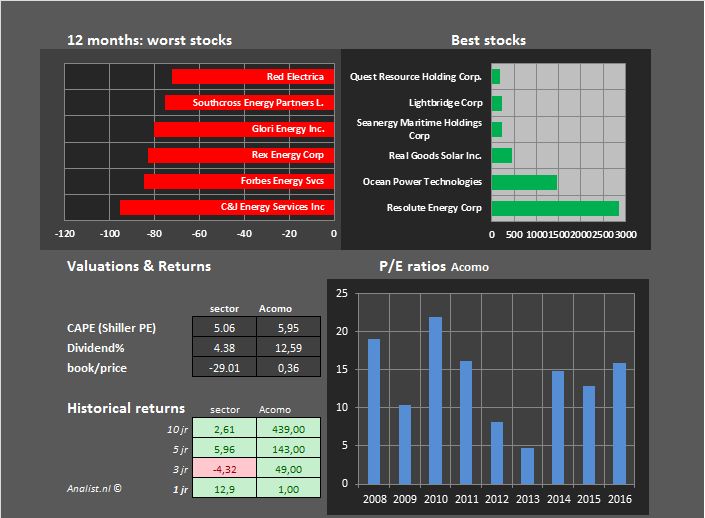 Acomo 's book to market ratio is around 0,3. The trade companies sector now trades with an average Shiller PE (CAPE) of 11.57. Based on the number of outstanding shares Acomo 's market capitalization is around 559,11 million euros.

The stock Acomo is being covered by 1 fundamental analysts. The average target price for the stock is at 25 euros. This is around 7 percent more than the current stock price of 23,31 euros.

Per share a dividend of 1,1 euros is expected. The dividend return consequently equals 4,72 percent. The average dividend of the trade companies sector equals 1,78 percent. 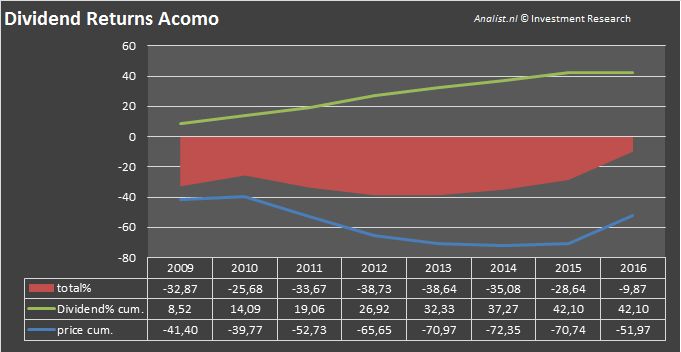 Dividends rather big support for investors

The past year's dividend payments resulted in an even higher total return for the investors. The buy & hold investor who bought the share in 2008 now has a positive return of 448 percent.

Last year's dividends were with 6,95 percent per year substantial. The investor who re-invested his dividends since 2008 now has a huge extra dividend return of 71 percent. The influence of the reinvested dividends on the total return is for the buy & hold investor quite dominant. 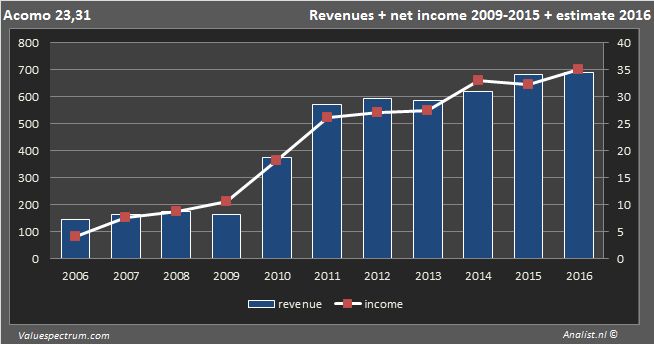 For 2016 the analysts foresee a record net profit of 35 million euros. For this year most of the analysts expect a profit per share of 1,47 euros. Based on this the price/earnings-ratio equals 15,86.

The matrix above shows Acomo 's historical returns expressed in the different entry years in the left axis.