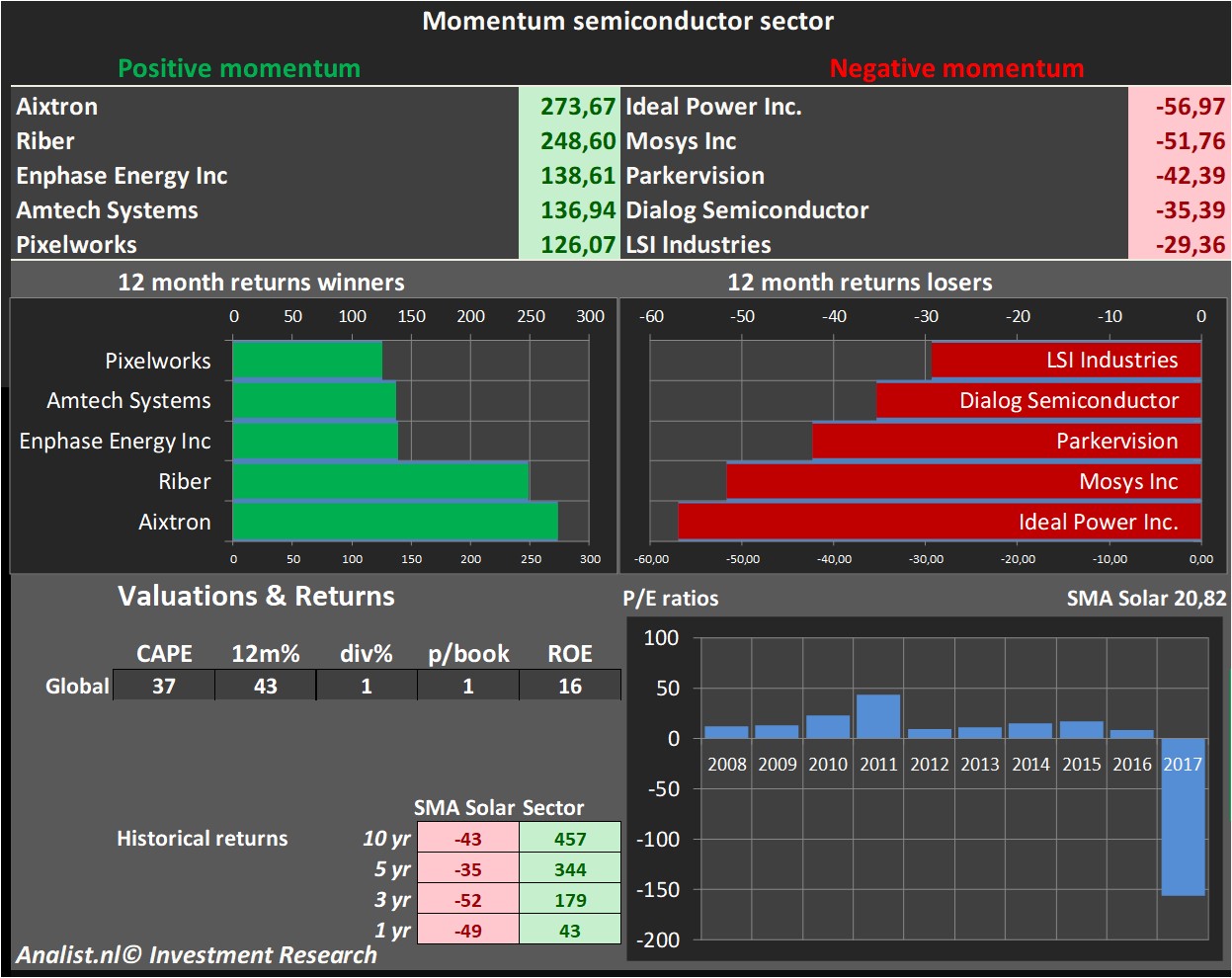 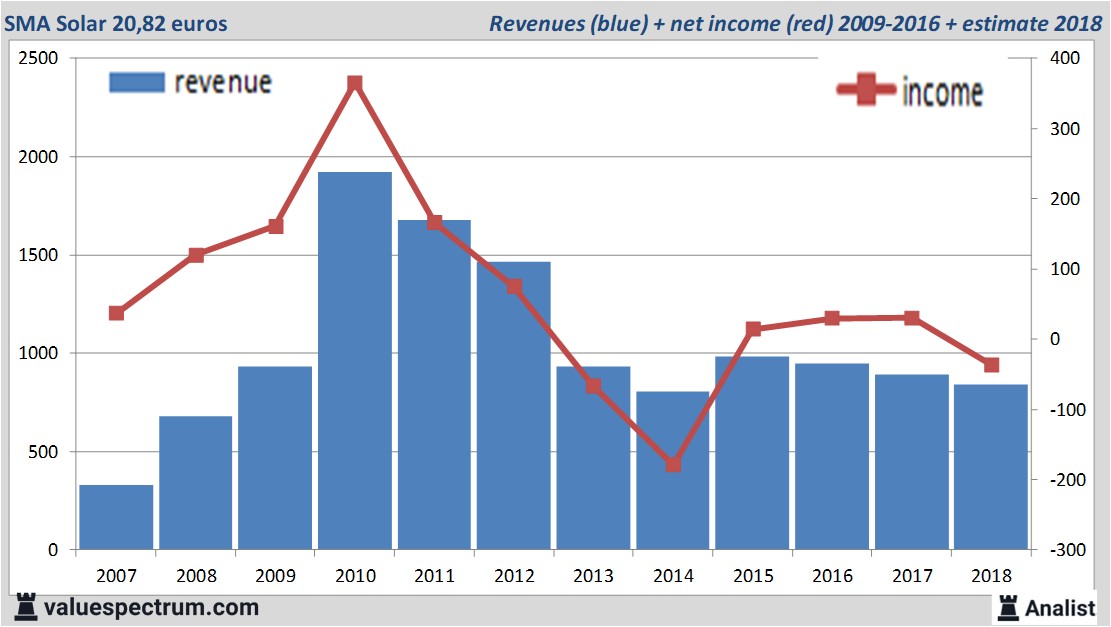 The analysts expect for 2018 a net loss of 36 million euros. For this year the majority of the analysts, consulted by press agency Thomson Reuters, expects a loss per share of 23 cent. Based on this the price/earnings-ratio is -90,52.

Despite the expected loss the company will probably pay a dividend. Analysts expect a dividend of 0,27 cents per share. SMA Solar's dividend yield thus equals 1,3 percent. The average dividend yield of the semiconductor companies equals a poor 0,5 percent.

Most recent target prices around 35 euros 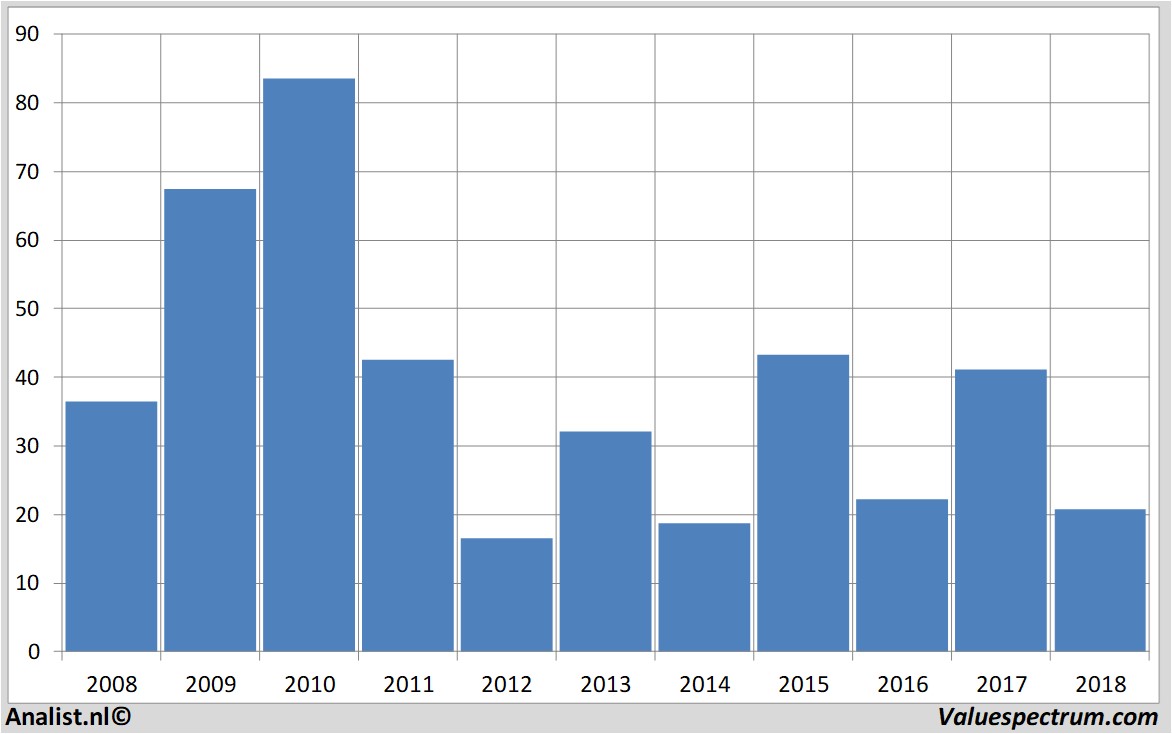