The US benchmark index, the S&P 500, has gone from record to record. While the market values of the companies included in the index have tripled since 2010, its European counterpart, the Stoxx 600, has been stagnating for a decade.

One important factor explaining the significant differences in performance is the different sector mix of the indices. For example, more than a quarter of the market capitalisation of the S&P 500 is now accounted for by highly profitable technology companies. While these play only a subordinate role in the Stoxx 600, the performance of the index suffered from the highly weighted financials. 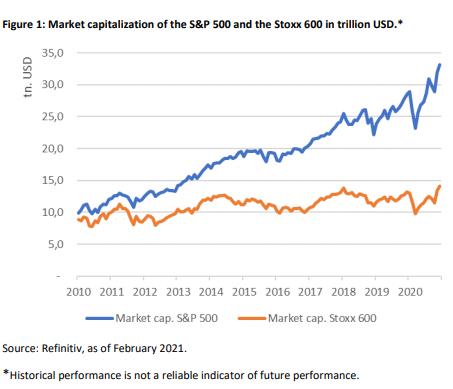 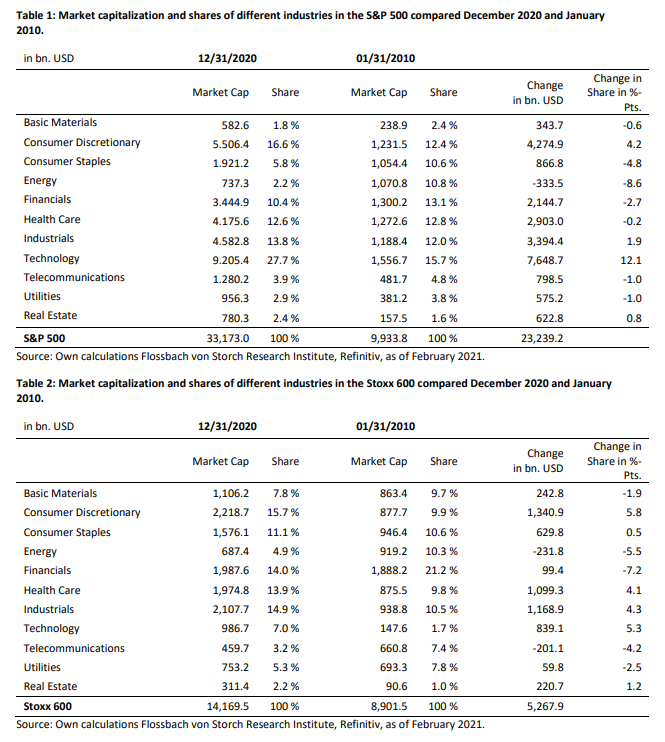 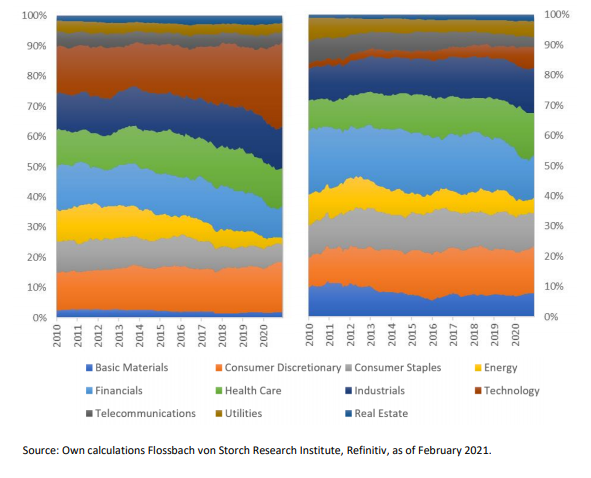 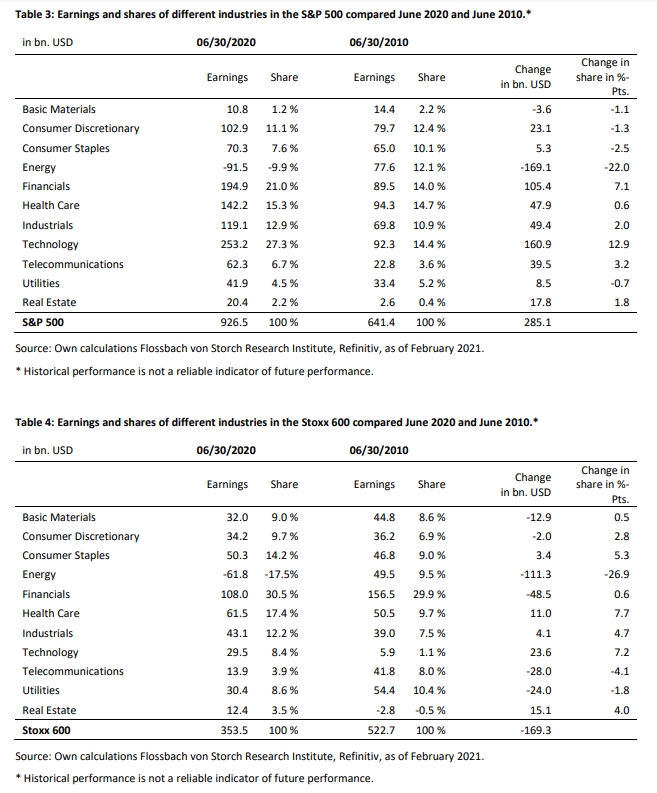